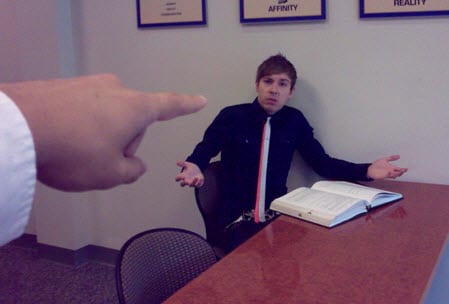 The Difference Between “Business in Books”, and Business in the Real World When looking at the current state of affairs in the business world, one can’t help but wonder where it all went wrong. For many politicians, pointing their finger and blaming innocent organizations seems to be their solution. This all makes it pretty obvious that they’re just trying to ignore their responsibility for ruining the economy and the lives of people who are part of it. Right now, being able to DO things goes a lot further than being able to just KNOW things. This is what students and entrepreneurs must be focusing on in choosing a career to pursue. I’ve been interested in business administration for several years and had some college experience back in The Netherlands, where I’m originally from, and I couldn’t find myself being able to actually apply what I had learned and had been taught (but apparently did get a good grade on). • Many of my friends just want to get their business administration degree and then start making some money. This traps them in the “9 to 5 drag”. • Their education gives them nothing that they can think with for themselves and then need to be worked in for 2 years at a company from which they never seem to be able to leave from. • They didn’t learn the fundamentals of expansion in life nor in business. • They can’t confront expansion, because they never really learned HOW to do it, and what it actually consists of. I left after my first year at The Hague College and moved to Los Angeles by myself to start a program at a school that really caught my attention. This was the Hubbard College of Administration (HCA). After my initial orientation at the college, I just knew this was different than anything I had ever encountered before. I started immediately when I received my student VISA and after one year I have been sent out to numerous businesses to apply each theory course in the real business world. Thanks to this different way of educating, I actually have the confidence that I will be able to use everything I have learned. I am currently finishing my Associate Degree and am going to pursue Consultant Programs right here at HCA. Jerome Garot