A Business Administration Pro is Not Only Reflected by Appearance 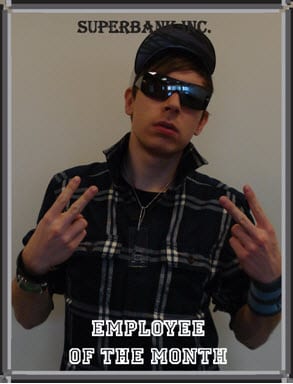 Don’t Judge a Book by its Cover, and Never Judge a Businessman by His Suit Have you ever seen a “suit” who just doesn’t produce, but still makes a lot of money? (If you’re thinking about Michael Scott from the Office, erase it and think of someone YOU know in your vicinity.) And on the other hand, have you seen someone who works his or her butt off who doesn’t get paid a dime? – Maybe this might even be you. A hard working student who gets a B, compared to the cheating student who gets straight A’s. It’s not fair. I’ve seen it happen a lot, where someone works at a company for a long time and he wants to start making more money, because he’s increasing his life, maybe buy a house, get married, etc. He’s working at this company for 10 years and STILL the promotion depends on how nice he is to the boss or how close he is related to him. Now this just isn’t right. A position in a company should not be based on this; neither should it be on your knowingness about things. It should be based on PRODUCTION. – What can you produce that is valuable to the company and thus making you a valuable asset to the company? If you’re looking at continuing education after high school, or just getting a business administration degree after your college, the Hubbard College is a great college to teach you the accurate way of doing business and being a professional. In addition they provide 100% job placement after graduating the associate degree. What I like about this, is that the companies who are associated with the college base their promotion and salary on statistics – actual recordings of the production amount. – Most of the companies are from old graduates/alumni and apply the business administration technology that the school gives. (And they are really nice guys too, makes you see a different side of businessmen and women.) So yeah, this has helped many of my graduated friends get started in the business world, it makes it way easier than just being thrown out in the real world after 4 years like most colleges/universities do. Jerome Garot quejay@gmail.com