“I graduated from a major university in Texas in 1989 with a degree in music and psychology. After being introduced to the subject of psychology in college, I decided that this was not going to work for me and moved to California to continue my music education. When I arrived, I started looking for a job in a music studio and got one as a janitor.

I was happy to be working at a studio, but I wasn’t so thrilled with the results my college degrees yielded me: a janitor making $5.00/hour. This didn’t even pay my rent and food in Los Angeles at that time, so times were a bit hard. 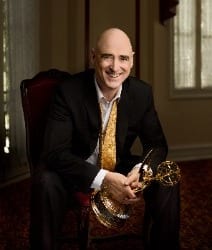 A few years later, my boss, the studio co-owner, moved on to another career, and I found myself promoted to Studio Manager and in charge of the facility. I used what I had learned from my former boss and was getting by in our small, two-room studio. As the industry evolved and technology changed, competition got stronger, and I really was guessing at what to do to keep the company going. There were many days I would have my head in my hands wondering what to do. I was a bit stressed out. I knew I needed to make some changes but did not know exactly what I needed to change.

After I had been running the studio for over 3 years, the remaining owner decided to sell the company, as it wasn’t making much money for him at that time. I had a number of conversations with Ben, an executive at the company, about buying the business, but I was hesitant because I didn’t feel I really knew how to run a company.

My former boss (the previous studio manager) suggested that I contact the Hubbard College for help. At that point Ben and I met with the Executive Director of the Hubbard College. He showed us how there is actually a straightforward technology for running a business. It was at that convention we realized that we could get business training and actually expand the company. So we decided to buy the business ourselves instead of selling it.

We both enrolled on the Executive Director course, and we later attended basic sales training and other seminars. These really gave us the basics to be able to get the business going. We continued to take seminars and courses to expand our business. At one point, the College had a student on their business degree program, whom we hired to work at our facility.

His training helped us solve personnel situations and if we got into a tough spot, he was always on a course that seemed to have a simple solution to solve whatever difficulty we were having at that time.

In today’s economy there’s little time for mistakes. You have to learn fast from those mistakes and bounce right back. That really is the difference between those who make it and those who do not. The college gives you the tools to correct problems, to train others to get their jobs done, to put in checklists and workflows, and to spot a good employee. You learn to reward those who do a good job. This may sound obvious to most, but being a good employee is not always rewarded. If you don’t create incentives for the staff, if you don’t give the staff fun games to play, then the staff are not going to produce as much.

At first our company had one main studio, and we soon expanded into a second studio. The next year we built three more studios and took on an additional location. Within five years of owning the company, we were working with James Cameron on a regular basis, and we had received two Emmy nominations and one Emmy award for a TV show we did that James Cameron directed.

We currently occupy three buildings, and we have expanded our number of major film projects from 5 per year to 30 per year! On top of that, we’ve managed to reach a level of quality unmatched by our competitors!

During this time I went from being an employee, unmarried, sharing a house with four people and not owning a car, to the following: married, two children, two nice cars, and we own our home.

In a nutshell, we almost didn’t become business owners because we didn’t know how to run one. The Hubbard College provided us with the tools to be able to not only run the business, but to expand it into a success!

Thank you Hubbard College, and most of all to L. Ron Hubbard for developing the business management technology that has enabled us to follow the American Dream.” 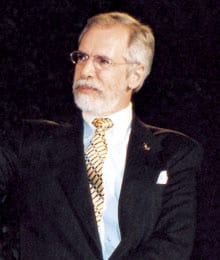 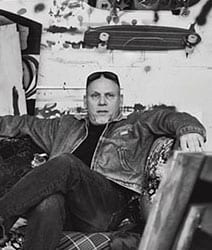 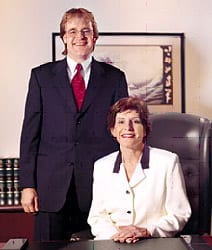 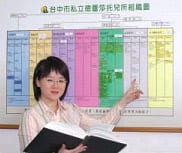